Note: This scenario and the storyline slides below were designed at the end of 2011, three years before the recent Ukraine problems. Any similarity is down to coincidence, prescience or time travel... 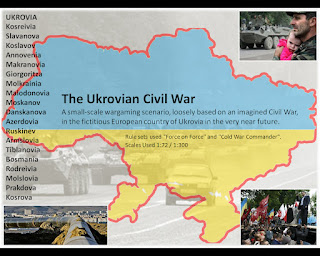 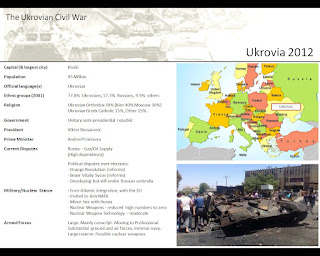 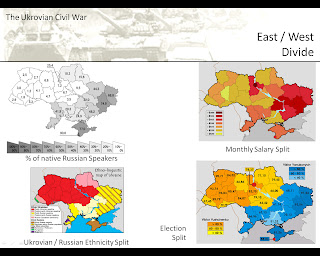 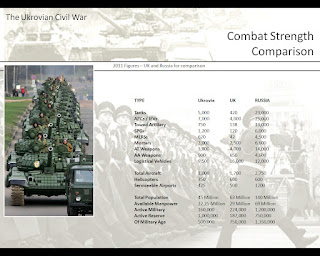 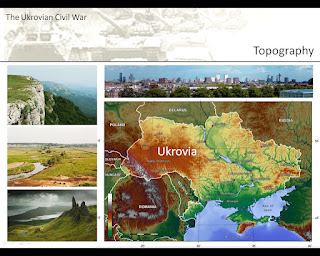 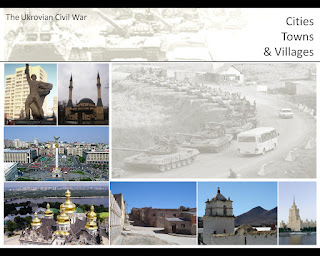 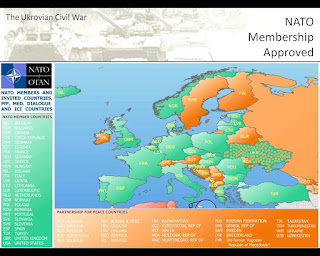 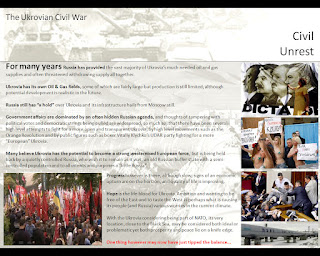 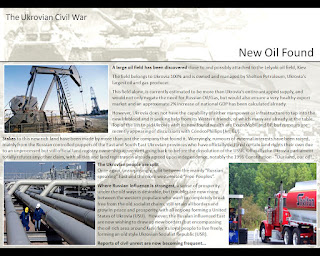 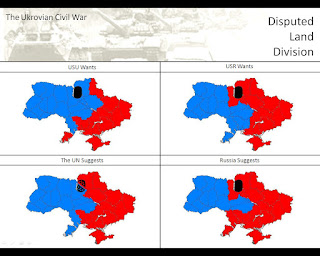 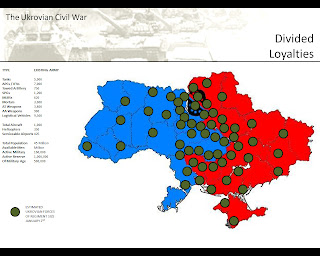 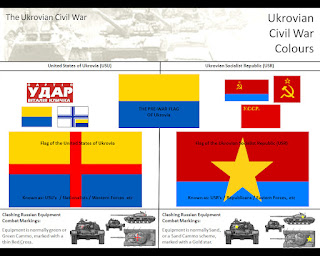 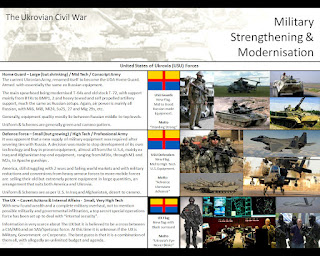 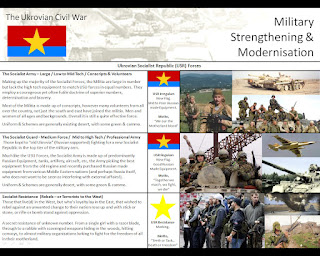 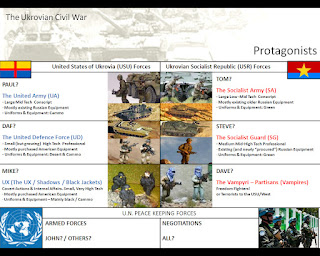 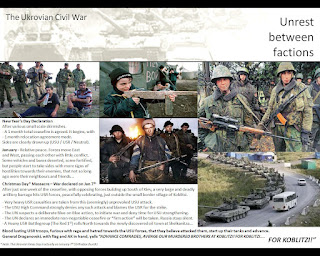 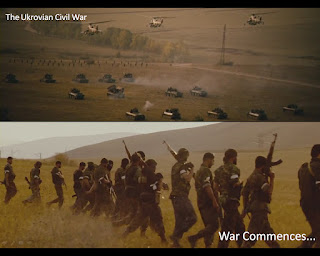 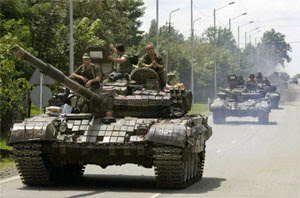 Game 08
They Just Wont Die
UX Troops, after taking a few casualties, muster up yet another determined attack against the East and drop in to say hi to an Eastern Artillery Battery zeroing in on Western armoured defences.
(20mm, Force on Force)
Game 12
Let's Get Our Lads Back
The British trained contingent of Western Spec Ops head back into the forest to investigate why their mortar team has gone silent. Scout Snipers spotted mysterious dark figures moving in the direction of the mortar during Game 11. Could they be Vampyri, an ancient rebel force, with ties stretching back to Cossack times, who lay claim to not just Ukrovia, but nearby lands as their rightful empire?
The Vampyri, or Old Believers as many have called them, are mainly an underground terror driven force, who despise the modern world. They have are responsible for many acts of terror over the years, and are thought to have quite a large underground following of many thousands throughout Europe and Asia.
Out of the two warring factions however, The Vampyri would favour an Eastern solution, though ultimately nothing less than their own anarchic Empire, under extreme rule would suffice, free from modern thinking, none Believers. 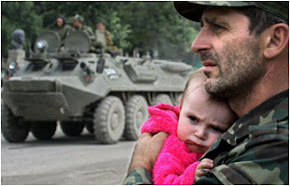